Why Google’s New Algorithm is Better for Your Business 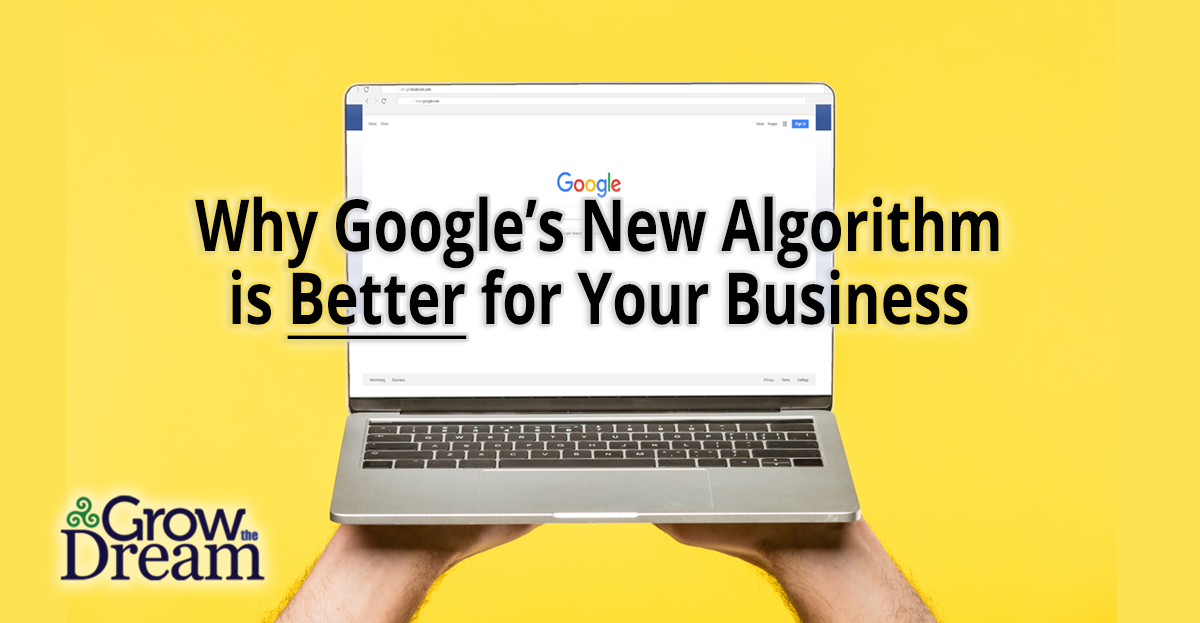 If you’ve seen the science-fiction cult classic Blade Runner, first released in 1982, you might remember the Voight-Kampf test scene. It begins with the admonition: “Reaction time is a factor in this, so please pay attention.” It was used by the police and Blade Runners to determine if someone was a real human or a replicant. While Phillip K. Dick invented the test in his book Do Androids Dream of Electric Sheep, he based it on a real theory.

Alan Turing was the mathematician famous for breaking the Nazi’s original Enigma code during World War II. But years after the war ended, he theorized that at some point artificial intelligence would develop the ability to think on its own. He proposed something he called “the imitation game” (yes, also the movie title), where an artificial intelligence could be interviewed blindly and appear to be human. The film Ex Machina also borrowed from this theory.

Despite Turing’s efforts – illustrating nine different significant objections to artificial intelligence – since his death in 1954, scientists and engineers have worked to develop true machine or artificial intelligences. The most recent work has been with neural networks. And they’ve come a long way, at least in theory.

Back in November of 2018, Google released a new open source algorithm on GitHub. They named it “Bidirectional Encoder Representations from Transformers,” or BERT for short. BERT was a neural network that utilized Natural Language Processing (NLP) to, for all intents and purposes, “learn” users languages.

Essentially, the algorithm, instead of just sending out a search for a string of terms, started looking “both ways.” By examining the search string and trying to determine the relationship between words, it learns what users are ‘really’ searching for, and how they speak.

The BERT neural network algorithm radically improved search results. And the underlying algorithms and updates Google made continued to help BERT learn and improve. Every day, BERT’s ability to understand what it thinks you’re looking for does provide better search results for most people. And it made other aspects of our lives easier too.

While SIRI dates back to 2010, a funny thing happened on Christmas morning, 2017. A LOT of people found smart speakers under the tree. Amazon Echo’s, Google Home’s, Google Assistants, and more. And as I talked about in detail last year, these voice-activated personal digital assistants have revolutionized search. Additionally, they “speak” in more normal human language. BERT uses NLP to better comprehend what you’re asking for, calculates the best response, based on its programming and what it knows about you, and spits out a response formatted to sound more human-like.

And while the system is still based on data and number crunching, the algorithm comprehends you, uses its knowledge of you, and answers you. And it’s not giving you a menu of possible answers – it gives one response – or asks for more information. That seems much more like thinking than a lot of people on social media are prone to.

While no one will mistake Alexa or Cortana for being human, they are closer than you may think. In fact, the mechanical sounding voice may be there on purpose to disguise how well they DO understand our queries.

By the time we hit 2020, an estimated 3.25 Billion smart speakers were in use across the globe.

Despite literally hundreds of changes to the Google search algorithms and operations ranking each year, some marketers are still under the impression that keyword farming is the best approach. Keyword farming or blasting is focusing on words and small phrases that identify your business – or at least you think they do. But search engine optimization in the 21st century is so much more than that. And I hate to keep harping on this, but I still see it happening so much, I want to make things clear.

In the old days of search, search engines, including Google, were limited to offering results that exactly matched the keywords plugged into them. But that changed twenty years ago! The reason Google survived and the majority of other search engines disappeared or were absorbed by companies like Microsoft, is because they actively looked for ways to deliver better search results to the end user.

One of the things that really advanced them ahead in a race they had already jumped several laps ahead in was machine learning. They analyzed what people searched for and why. They realized, as we pointed out nearly 20 years ago, that average people weren’t stringing together keywords. Nor were they always searching for businesses. They were looking for solutions.

A few people search for “obedience schools in my area.” But there are FAR more people searching for “how to stop my dog from barking.” I should also point out that in the past, “in my area” actually meant “in Austin, Texas,” or “in Sarasota, Florida.” But now thanks to BERT, Google understands “in my area” to be literally within a certain area around where you physically are when you ask. You don’t have to specify.

Before BERT came RankBrain, which analyzed past searches and identifies which words and phrases best match that search, even if they don’t match exactly or have never been searched. It couldn’t understand the context of the search phrase, but could estimate the efficacy of the results. Using that, it “knows” the likelihood of its response being what you were looking for.

And guess what? RankBrain is still in effect. It works both in conjunction with and separately from BERT. By uniting the two algorithms, Google can judge your website – does it answer the question being searched for? Or does it just have a few of the random terms? Guess which one gets top billing on the search results page…

Now, Google is leveraging all of that for its most ambitious new code ever. RankBrain cranked the knob to 9. BERT took it to 11. But this summer, the knob is getting ripped off. Subtle changes are already being rolled out as I type this. But come May 2021, Page Experience takes center stage. Google wants to make sure the search results you get are the best – especially if you leave their page.

So Google will now factor in load speed, size of graphics, responsive design (for mobile access), and most of all – usefulness in your website. A landing page is not good enough. Your design can be simple, but it must be robust and beneficial to the searcher. So the address and phone number of your obedience school and some puppy pictures are not enough.

If you’re feeling overwhelmed, you’re in luck. We’ve built our business helping small businesses find and target those ideal customers. We can help you build a profile or teach you how to begin the process. We also have expert writers on staff who can take your ideal customer, and start answering the questions they’re asking.

So when Google’s bots crawl over your site, they mark it as useful, valuable, essential. We’ve literally had clients who, in just a couple of months, moved to the top of Google search results for their ideal customers. And that was in the old days – now our methods work faster and harder for you.

Let us help you prepare for the new Google rollout, and excel in all of your digital marketing. Please reach out for more details. Let’s Grow The Dream together!