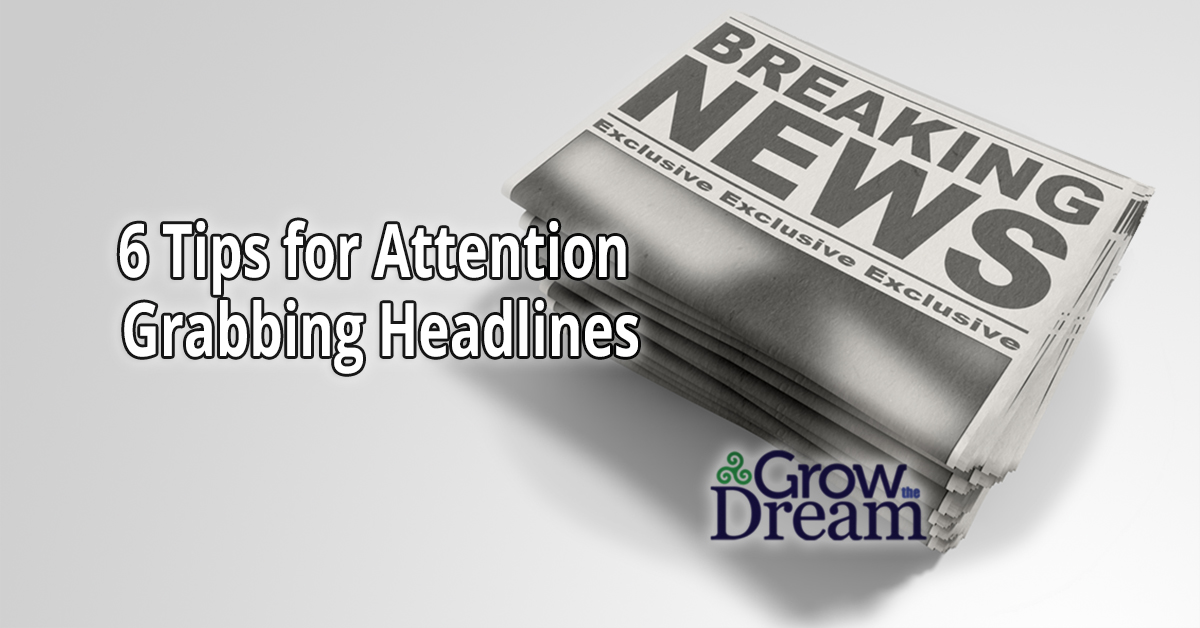 One of the biggest struggles for many people when they first get into content creation is finding the right headline for their articles. Even as I’m typing this, it’s under a very generic, hopefully temporary headline. I’ve been doing this in some form or fashion for 25 years and I still find it a challenge.

I’ll even tell you what the title is, so you can see how/if it changed as I wrote the article: “Creating Content: Headlines.” As you can see, that is almost painfully generic. And yet, sometimes those end up being the best headlines, because they tell you exactly what you’re going to get.

Some writers work hard to come up with exotic, creative, interesting headlines. I’ve done it. I wrote an article titled, “What is BERT and How to Engage Ernie with It?” BERT is a one of the code names for a Google algorithm update, and of course, I was playing off the popular Sesame Street characters so many of us grew up with.

But… the title was a little over the top. The final article was titled, “Why Google’s New Algorithm is Better for Your Business.” More to the point, but it also probably led to more reads and relevant rankings by not confusing people searching for the Children’s Television Workshop.

Sometimes they work, sometimes they don’t. And sometimes, you end up with the clever title, then add the subtitle so that it makes more sense – i.e., “Choose Your Own Adventure – Using Your Customers’ Stories to Market Your Business.”

Ultimately, you have to make the decision – and any decision is better than not deciding and procrastinating one more day. But let’s look at some solid tips on how to write better, attention grabbing headlines.

You Won’t Believe What Happens Next!

I can’t tell you what to do. But I’m begging you, please use this type of headline sparingly – and usually in an ironic way.

Truly ironic – not Alanis Morissette ironic. Yeah, I know it’s catchy, but irony it ain’t (as she so humorously pointed out years later with James Corden). Irony is defined, in a literary sense, as a “situation in which there is a contrast between expectation and reality. For example, the difference between what something appears to mean versus its literal meaning.”

So in content creation, irony would be using a click-baity headline to prove your point. Emphasis on “proving your point.” As a trained journalist, I loathe headlines that are just there to spark outrage or confusion by just getting eyeballs on your article. Further, as history has proven, you have to be very good at this type of writing. For every The Onion or Wittenburg Door, there are countless disposable satirical sites that have fallen by the wayside. Or sites like Babylon Bee that do great headlines, but can’t deliver similarly strong content – in my opinion.

But titling an article, say, “The 5 Things You Must Do to Alienate Your Customers,” and using irony and humor within the article to highlight what NOT to do in your type of business works well. Again, in limited quantities. If every headline is click-bait silly, and you’re not The Onion, you run the risk of…. alienating your customers. See what I did there? (<– also, calling attention to your puns and other wordplay like this can get annoying.)

In a similar vein, don’t advertise something in a headline that has little or nothing to do with the actual content of the article. Just like false advertising, if you promise something, but don’t deliver, people will get frustrated. And these days, they’re far less likely to be forgiving or offer second chances.

Don’t be the used car salesman of content creation, throwing a bait and switch between the headline and the article.

I’m not the only writer in my family. My youngest sister plied her trade as a copywriter for many years for a major advertising agency. She wrangled the job after graduating towards the top of her class at Creative Circus in Atlanta. One of her most challenging classes was solely about headlines. For this class, the students, many of whom already had careers in advertising, were tasked with coming up with 100 headlines for every project they were given.

I get 300-5000 words to get my point across with a content blog article. When I worked in TV & radio, I got 30 seconds to sell whatever I was assigned. In that class, my sister got 10-15 words. So every one of them HAD to be the best, most impactful language it could be.

So, yes, for every assignment, 3 days a week, for a semester, each student came up with 100 different headlines apiece. The key is less in the number and more in the habit. Writing takes as much muscle memory as running a marathon or driving a precision race car. Different muscles, of course, but the same attention to repetition and drilling as those other tasks.

Once you get into the habit of writing 100 versions, it’s easier to discard the chaff and the mundane and drill down to the truly good, relevant headlines. Do I do it every time? No. And no, I’m not perfect or even close to perfect a majority of the time. But the more you do, the better it can be.

So, yes, my recommendation when you’re getting started is to do at least 10-30 off the top of your head. Do the work to find the better title and you’ll see a definite positive result.

This tip is less about skill and craft and more about what works for marketing. For whatever reason – I’m sure Neil Patel or Seth Godin has a post about it somewhere – when you add numbers to your titles they work better for people and for search engines.

Part of the appeal is the specificity of the promise. If you say you’re sharing “9 Inspiring Ideas for Social Media Videos,” guess what? People know what they’ll get, how helpful it will be and approximately how long it’ll take to peruse the article. Of course, this is assuming you follow my earlier advice on following through on those promises.

Lists feel definitive – this is the final word. And numbered list headlines help build credibility and expertise. If you can define these lists as helpful – “3 Ways to Retarget & Reengage Without Creeping People Out” – and they are helpful, it’s a shortcut to our primal, “I want to trust,” authority seeking part of the brain.

Additionally, using a number in your headline helps with the final tip…

Yes, I violate this tip ALL the time. And since I also build the graphics for most of our posts, I should know better. But sometimes I do it anyways.

From what I’ve read and seen, typically a good headline is no more than ten to twelve words. Add too many more and it’d hard to read as a headline. It’s harder to define the promise of the premise. And it’s easier to fit on the page/graphic/search engine results. Brevity is the soul of wit, and all that.

Do yourself a favor and keep the headline short and to the point. It’ll also help manage that tendency to be overly clever and pop-culture-y. Save that for the clever page dividers. It’s ultimately more entertaining and gives attentive readers a few Easter eggs without annoying the people who don’t get the reference.

So there you have it, 6 Tips for Attention Grabbing Headlines. Yes, the title changed – as I wrote the article. It bubbled up sometime between tip 4 and 5. No, I didn’t number them. LOL. Even before I got to writing the section on the idea that having numbers is helpful, I had an inkling that I would use one. But when I had finished that section, right before I wrote about being concise, I scrolled up and fixed the headline.

Succinct, numeric and to the point, as I think you’ll agree, keeps its promise.

If you’d like more advice on writing content like this to drive your strategic marketing – or, hey, hire us to do it for you, I hope you’ll reach out. We’ve built our business helping small businesses thrive.

Let’s Grow the Dream together!