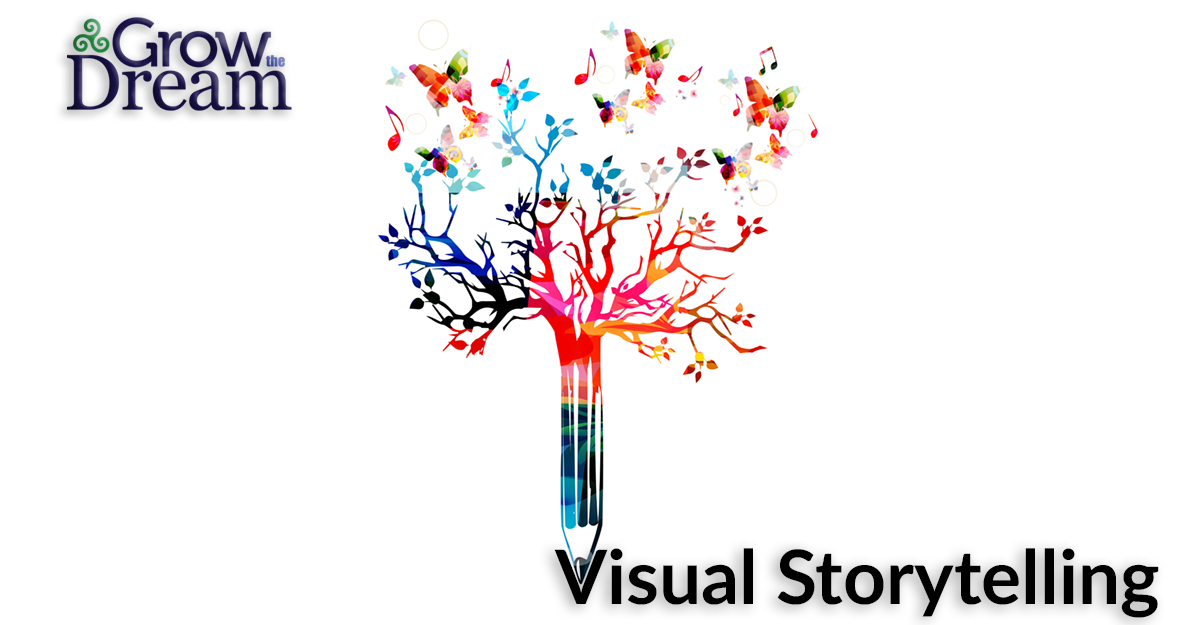 Once upon a time, there were two animals who were the best of friends – one was a wild pig, also called a boar, and the other was a sea cow. The two both had short, but strong, legs and they would race every day. Sometimes they ran through the forest and other times over the plains. The wild pig usually won in the forest, and the sea cow on the plain, but they didn’t even care. The fun was in the racing and the friendly rivalry. And they loved doing it together.

But one day, tragedy struck. While racing through the forest, the sea cow tripped over a hidden stump. She crashed into the leafy floor in desperate pain. Afraid to move her, the pig raced to find a doctor who could help. But when the doctor arrived, he told the sea cow that she would never walk or run again. Her legs weren’t just broken, they were shattered and useless.

Every day, the wild pig would sit with the sea cow and read to her, but every time he walked away, even for a moment, the sea cow would become despondent about her tiny shattered legs.

“Go away”, she would plead with the wild pig. “Leave me to die out here alone. I know you want to race and so do I, but it’s impossible. So just go.”

The wild pig tried to leave, but he missed his friend terribly. So he would walk all around the area, while he thought and thought. One day, he found himself at the beach, watching the tide come in and go out. Suddenly, he had an idea.

He raced as fast as he could back to the sea cow in the forest. She was so sad, it made him hurt, but she tried to smile as he came up to her.

“Hop on my back”, he said. She didn’t understand, and told him so, but he just kept insisting, “hop on my back.” Finally, the sea cow managed to climb up onto the wild pig’s back and he carefully jogged back to the beach.

The wild pig ran down close to the water, hunched down and flipped the sea cow off his back into the water. At first, the sea cow didn’t know what to do. But as the tide pulled her out into the ocean, she found she could wiggle her legs.

Race me, the wild pig shouted! He began jogging on the wet sand. The sea cow struggled, but found she could swim in the water. She squealed with delight and began catching up to the wild pig. That day, they raced 10 times before tiredness overtook them. Every day after that, the sea cow and the wild pig would race, side by side, one in the water and one on land. And we know the sea cow as the manatee to this day.

Once Upon A Time…

Stories have an interesting effect on our human minds. Despite our rational brains and our ability to make critical decisions with careful thought based on facts, all that can be thrown out the window by a good story.

In fact, researchers tell us that there are chemical changes in our brain that cause us to feel as if the story we are hearing – or better yet, seeing – is happening to ourselves. This is why some movies are more compelling than others. So when Adonis Johnson wins the boxing match at the end of Creed, it isn’t just him proving that he wasn’t a mistake – all of us feel that emotional impact.

As far as our brains are concerned,
seeing a story and imagining ourselves in the character’s
shoes is just as authentic as reality.

Now, I’m a pretty good storyteller so you could probably see a little bit of what was happening in your mind as you read the story of the sea cow and the wild pig. And you probably won’t forget it anytime soon. But imagine how much more meaningful and even memorable the story would be if you saw it animated.

In fact, adding visuals to your story has been proven to actually increase memory retention from 10-65%.

Are you familiar with the old car-salesman tactic where they ask you “now do you see yourself more in the blue car or the red car?” If you’ve studied sales at all, you know that it’s a way of selling the car by causing the customer to cast their minds into the future – as if they’ve already made that car purchase.

But it’s much more powerful than that.

By stimulating the visual cortex – the part of the brain that is responsible for seeing – generating a picture in our mind’s eye actually causes your mind to make a choice. To make an emotional choice that will then force your higher level brain to justify that choice … and suddenly you’ve bought a car without even giving a thought to safety features, price or reliability. Which is probably why you need to do that research first.

90% of the information sent to the brain is visual,
& visuals are processed 60K times faster than text.

Our brains store words in our short-term memory, which can handle about 7 to 9 bits of information at a time. But images go straight into the long-term memory, where they are etched into the folds of our gray matter forever. In fact, I could probably just mention certain visuals and you’d instantly know what movie or TV show I was talking about.

As of last year,

How do you stand out in the crowd? Visual Storytelling.

Visual Storytelling seems pretty simple – it’s the art of communicating a series of messages using visual multimedia. It can be in the form of graphics, images, pictures, infograms, and videos. But as we’ll see, there’s a popular misconception about using storytelling in business, visual or otherwise that you’ll need to be aware of.

First, let’s look at what your visuals should accomplish.

That’s an awful lot to compete with. So how do you stand out?

With the rise in popularity of images and the Internet, audiences have become far more sophisticated in their ability to quickly spot fakes, advertisements/sponsored content and insincerity.

I already mentioned how visuals help reinforce memory and emotional connection to a story. Working backwards, adding text to visuals can work similarly. Scientists call this dual coding. In order to make authenticity even more important, your text and your visuals should complement each other.

Keep the text limited though – let the visual tell the story and the use words to just reinforce it.

If you want to build an even stronger emotional connection to your potential customers, you’ll need to use visuals that evoke a visceral feeling. The old Barnum maxim of ‘no bad press’ can become a temptation here, but be careful. If the visceral feeling you evoke is nausea or disgust, that’s not going to help your brand profile.

But if the story you’re telling is more adventurous or exploratory, using images that bring it not only to the customer’s mind, but deep down into their gut. Make them tingle – the right way – and you’re likely to make a sale.

The more senses a piece of visual content is able to engage, the more memorable it becomes. This is one of the reasons lifestyle photos are 170 times more engaging than product photos.

As I mentioned earlier, cognitive science calls reinforcing pictures with text dual coding.  It is the link of two compatible messages. Our brain’s ability to retain information significantly increases when visual information is paired with verbal information.

There’s a reason that the original Star Wars movie was and still is so successful. While Lucas didn’t come up with the idea using psychology, he rewrote his master script using a Jungian series of archetypes that Joseph Campbell called ‘The Hero’s Journey.’

Telling your story through the use of character archetypes can help it immediately resonate with your audience. The hero, the rebel, the mentor – all of these have a memorable place and create an immediate connection in most people’s minds.

Reinforcing again that lifestyle photos – and those without faces, so the considerably more effective than other visuals.

This can be as easy as making sure your story has some seasonal changes that coincide with holidays, cultural events, and emerging trends.

More specifically, your visual content should match your existing brand story in other mediums, and should reflect things that are relevant to your target audience, the problems they have and how you can successfully solve those problems for the client.

Which brings me to the error that most businesses, regardless of their size, make when first attempting to add storytelling, and visual storytelling to their marketing repertoire.

Because it’s your small business, it’s easy to think of yourself or your company as the story that needs to be told to connect with your potential customers. But there’s some old novel-writing advice you can take to heart when developing your story. Everyone in a story, even the villain, thinks of themselves as the hero of the story. Sure, Indiana Jones might be the name in the title, but for his pal Sallah, Indy’s just an interruption to the grand tale of his life.

So when you’re developing the story of your business that you’ll tell to prospective clients – it’s not your story.

Make them the hero of your story.

Now that doesn’t mean that the fact that you lead your industry by providing minimum-risk pest control solutions shouldn’t be part of that story. But everything needs to be filtered through the lens of your strategic work. Do your ideal customers care about ‘going green’? Then it should absolutely be a part of your story.

Testimonials from your existing customers, sharing their positive feedback about your company are a great visual element you can employ. You can record them on video, sharing their story, or simply share a photo of them – maybe even using your product. If you want to really double down, get their permission to take screen shots of the video and you can post them as well, with limited text.

Some numbers to consider if I still haven’t convinced you:

Back to the Beginning

So, once upon a time, there was a person who wanted to make an impact on his world. So they started a business, and made things and offered services that would improve the lives of the customers that they knew needed their help.

But it wasn’t enough. They knew there must be something more.

So they went on a virtual world wide tour. They visited far off lands with strange names like Pinterest and Facebook and Instagram and discovered they could help more people and make a bigger difference if only they could find more time.

Then, on the way back home, they stumbled into a dark cave. They were scared, but just kept going, following a small light up ahead. They emerged into a new, exciting realm called Infusionsoft that promised if they worked hard for a little while, they would be granted the elixir of time.

So they brought the magical knowledge back to their business, and even though it did take a lot of work at first, they helped more and more people, both as customers and employees. And after a while they did discover that they suddenly had more time and freedom to spend with their family and friends, and everyone’s life was better.

And they all lived happily ever after.