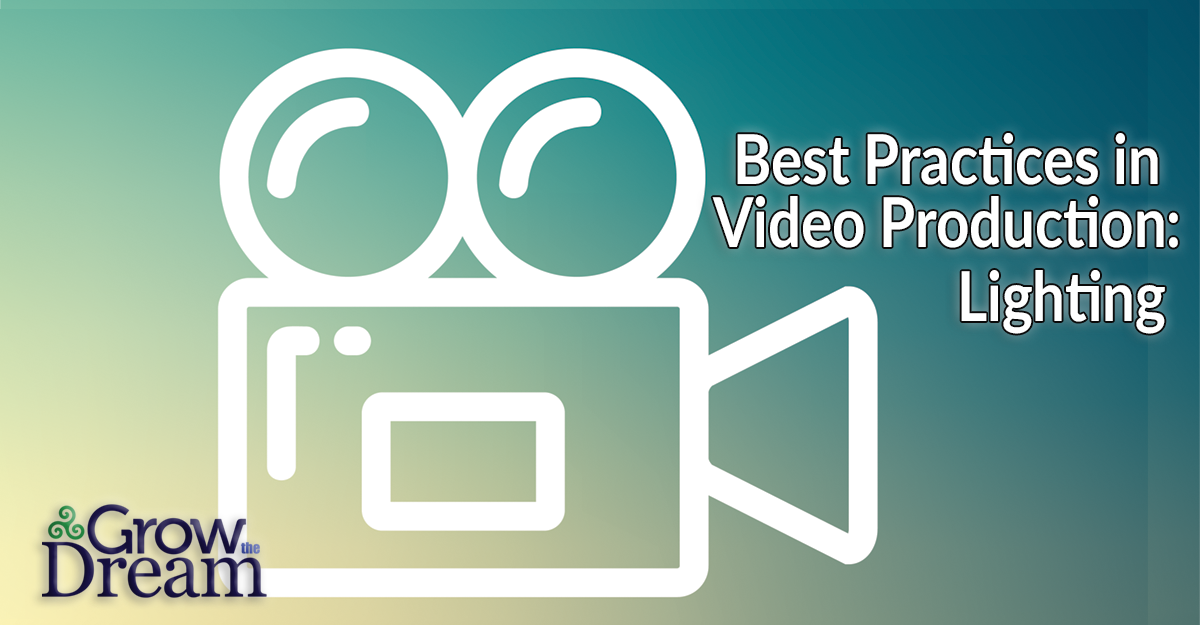 In 1997, when Kevin Rubio released his Star Wars fan film Troops online, it became the first video to go viral. That was despite the fact that it could take up to a WEEK to download the 10 minute video – and you couldn’t even think about streaming it.

I discussed in a previous article about how YouTube began simply as a site for large file sharing, much like what we now call Photoshop was once merely a program to exchange graphics between PC and Mac.

Just 15 years ago, no one could imagine that people would be watching 5-Billion videos a day, with another 300 hours added to the pot every minute of every day, around the world.

When YouTube launched in 2005, as Internet speeds were rapidly increasing to accommodate the bandwidth the company would require, it radically changed the ability to effectively market and utilize video for businesses of all sizes.

Luckily, a few technology makers saw the potential early on and scrambled to invent or recreate assets to allow people to take advantage of the new horizons.

Although DSLR cameras were first experimented with in the 70’s, they didn’t take on the prominence – or the underlying video recording capabilities – until the early 2000’s, about the same time YouTube & Google were developing. And in 2008, camera makers took things to the next level with High Definition (HD) recording options.

And while your iPhone X can record HD, 4K video, it’s only been since 2010 that smart phones of any kind could record video at all. The original iPhone that launched the smart phone craze could barely take a grainy, mostly in focus, 2-megapixel picture.

Coming Out of the Dark

With improved, easily accessible, not too expensive cameras available to everyone, one of the best ways to stand out is to have your video be properly lit.

Now I’m not talking about the bright lights on a product, brushed with oil or glue that is still the norm for advertising photos (trust me, you don’t want to bite that Big Mac).

This also won’t be a full-on, detailed explanation of ISO and F-Stops, etc. There are good resources for that, if you want to dive deep.

I’m just going to focus on a few easier techniques and tips I can offer to help improve the look of the video you’ll be shooting for your marketing campaign.

I’ll start small and we’ll work our way up.

Obviously, the cheapest and easiest way to get light from your video is from what they call in the film business practical lighting. That’s everything from the lamp on your desk to the overhead fluorescents to the big ball of hot gas in the sky that rises in the east.

Because of the high quantity of readily available light, a vast majority of the videos we shoot here at Grow The Dream are staged outside. The sun is a wonderful light source that makes everything clearer, and it also gives a warm feeling to the videos we do, reinforcing our agriculturally-themed brand name.

Shooting indoors with practical lighting can be a bit more difficult. Old-school fluorescent lighting tends to give everything a very yellow or blue cast, especially in areas that are darker. If you use a lamp or torchiere light, just make sure the camera isn’t pointed directly at the camera, as you’ll get s sharp lens flare. Nobody likes seeing that – even JJ Abrams adds his trademark effect in editing.

One big thing to watch for, indoors or out, is too much lighting. If you’re outdoors, try to find a contrasting background to shoot against, and indoors just make sure everything’s not too radiant, or everything will be so bright that you’ll lose definition – the subject will be hard to distinguish from the background.

If you can, plan to shoot your outdoor videos during the hour right before sunset or after sunrise. That’s what film crews call the “Golden Hour.” The sun’s natural light is dimmer and less vibrant because it’s on its way ‘up or down,’ but still bright enough to shoot with natural light. When the sky is a factor, they love the poorly named Blue Hour – the 15-30 minutes following sunset where the sky is colorful and not too bright.

If you’ll be shooting mostly indoors, or even if you plan to make videos a strong, central part of your marketing focus, it would behoove you to invest in a lighting kit. Now, back in the day, lighting was difficult and expensive. Luckily, just like camera and internet technology have both rapidly improved, so has lighting.

In the past, LED lighting was great for lighting parts of rooms, but didn’t work as well for studio or pinpoint camera lighting. It also wasn’t dimmable. That all changed about 10 years ago, and now even the major broadcasters have shifted to LED studio lighting.

While you likely won’t be setting up your own studio, the advances in LED’s benefit you as well. First, a majority of LED lights can be run off both AC electrical current and DC battery. That means you can just grab and go, if you need to. Not to mention, they weigh about ¼ of what they used to.

You can pick up a decent kit on Amazon with 2-3 lights for anywhere from $150-$1000. There are several options out there – it can easily get overwhelming. You’ll want something with 2-3 LED panels that are dimmable and have at least dual color temperature settings (3200K/5600K). The good LED panels come with their own masking boxes, but double check before buying. You’ll also have an easier time if you get at least 1 tripod, preferably 1 for each light.

If you’re looking for a shortcut, my friends over at No Film School have done the research and suggest this $250 kit for folks on a budget.

If you’re a little handy, and you have more time than money, you can put together a DIY light kit for around $100, shopping at Home Depot or Lowes. Luke Leonard, from Full Sail Film School in Winter Park, FL, explains how in this video.

Most people don’t notice it, or only notice it when they change bulbs, but different types of lights give off different colors. Remember the yellow cast I mentioned for fluorescents? These color differences are referred to as color temperatures.

Soft light, which is used in most homes, especially in bedrooms and dining rooms, is 2700 Kelvins. It has a yellowish white tone to it. The brighter Cool light that you’ll find in most bathrooms and kitchens is 4100 Kelvins. It appears mostly white. And Daylight, which comes off as a bluish white, is 5-6500 Kelvins.

So the lighting you use to ADD brightness and hue to the subject of your camera needs to exceed the naturally available standard light – hence the warmer 3200K indoors and cooler toned 5600K outside. So you need that switch or dial on the LED panel that allows you to use it properly, and make sure its set to the correct setting.

While 3-point lighting was originally developed for shooting theater, then adapted for film, it’s good to get at least a basic understanding of how it works, so you can utilize it in your video shoots.

In Shakespeare’s day, of course, theater performances were almost entirely outdoors and so whatever was on stage was what you saw. As electrical lighting started being more widely used, stage managers found they could control where the audience’s attention was drawn by how they placed the lights. This, of course, led to the cliché, ‘you’re standing in my light.’

The simplest way to control light is with three specific sources: key, fill, and back.

The key light serves as the main source of light for your subject (product, interview, you, etc.). When you’re outside, the sun is the obvious key light, and you should position the person or object with the sun shining directly on it – not behind, as that will obscure it.

Inside, you would use your largest LED as your key light, making sure its center is aimed at the center of your subject.

The fill light also shines on the subject, but from the side. As the name implies, it ‘fills in’ extra light on the side of your face or product, to make it stand out and be clearer. Typically, a fill light is also set at a slightly lower angle than the key light. Its main purpose is to banish unwanted shadows.

If you’re going for a fancy lighting effect, the fill light is usually the one you change to add shadows, make an interesting light cut across a subject, or other stylish touches. In truth, most marketing videos won’t need this, but I’m mentioning it just in case.

You may hear this light source also referred to as a hair light, a rim light, or a shoulder light. If you only have two lights, the back light is the one you skip. The main purpose of the back light is to add depth to your scene. Back lights shine on the back of the subject, adding an extra “rim” or highlight of light that makes your eye see a separation between the subject and the background. It can also add some additional contour.

If you’re budget is too tight to add a third light, an easy substitute is to get a reflector. You can get a professional one for $10-20 on Amazon (or even a white foam board will work). A reflector can be used to, well, reflect light from one direction, into your back light, or even your fill light. It’s also useful if you want a softer, subtler feel to your back light. Properly placed, you can even get spill over from the key light reflected back as the back light. For more extensive uses of a reflector, check this article out.

For more information on getting started with video, sound, framing and more, check out the whole Grow The Dream collection of Best Practices for Marketing Video here.