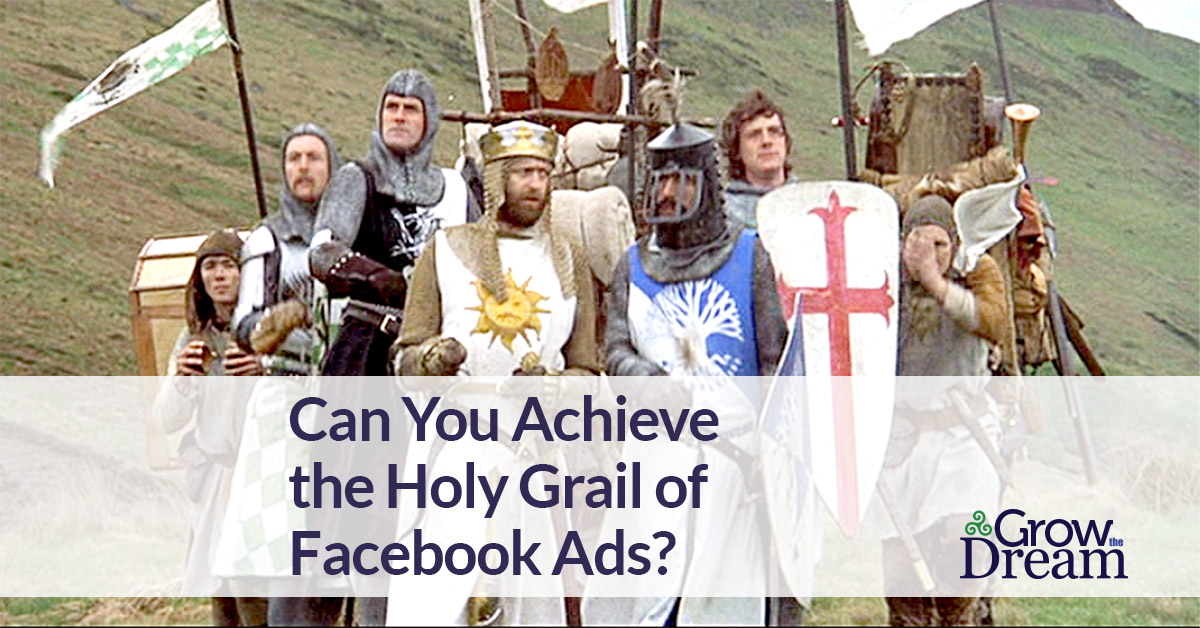 Facebook drives advertisements based on proven social engagement. But it can be a bit of a chicken-and-egg challenge to get engagement before running the ad, or without having a large following from the start.

But Grow the Dream Show co-host Josh Muccio employed a nifty little hack that jump-started his ad campaign with a bunch of engagement — before he really launched it.

Josh created a photo post, spent $2.98 in about 24 hours promoting it and garnered 2,091 impressions, 318 post engagements and a 16% click-through rate. Josh hit the Holy Grail of 1-penny-per engagment on Facebook advertising. Actually, it’s less than a penny.

Determine low-demand, English-speaking countries where the cost for engagements is low because few other advertisers are targeting them for good reason. Target them by interests, such as podcast, and those who use iOS devices and speak English. It taps a lot of engagement.

Then promote the post in the United States and, here is the key, Facebook’s advertising algorithm gives it a big kiss and shoves the post out more because of its popularity. The low-demand countries created high engagement and that drive’s Facebook’s all-important relevancy score. So your promoted post hits the ground with wheels spinning.

That was it. And it worked fabulously.

First, because Facebook runs ads using the law of supply and demand. Basically, some people cost more to reach than others because there is more demand to reach them. Higher demand drives up the price. In the case of Facebook ads, that plays out in the cost per click. So those who are apt to buy at a higher rate are targeted more and the cost per click becomes higher. The opposite also is true. If those reached have a lower disposable income and so are apt to buy less frequently, they are cheaper to reach because there are fewer people trying to sell to them — less demand.

Those people tend to live in countries such as Egypt, Indonesia, India and the Philippines, which have a lot of English-speakers and varying degrees of entrepreneurialism, yet are less apt to buy online, on average.

But they are quite engaged digitally.

Second, Facebook is a rewarder of ads (and users) with strong engagement. A tip of the hat to Josh Sturgeon at UpWord, who actually ferreted out the hack that Josh Muccio used. Sturgeon promoted his post with the likes he piled up through the hack and then simultaneously the exact post without it. As suspected, Facebook favored the one with the likes and the click-through rate was 10 times higher.

It’s just one example. But Josh Muccio duplicated it. Seems like a legit hack to try — carefully.

After Josh outlined his methodology and shared his results on this week’s episode of the Grow the Dream Show, co-host David Johnson suggested a way to goose the hack further by using a dark post first, then publishing it to the page after getting the cheap likes in low-demand countries. You have to do it in Power Editor as an unpublished post, then turn that unpublished post into an ad and then come back and publish it with a ton of engagement.

So as an organic post, it has a lot of social proof already from the dark post. This is important if your page does not get heavy engagement. It mines the pack mentality we humans possess. A post with a lot of engagement provides the social approval that makes it easier for us to engage.

If you can demonstrate that people are engaging with a post, you are more likely to get more engagement. And that is the beauty of this hack. It builds cyclically on itself. It’s just a matter of getting the quick engagement with the right audience in the low-demand countries. And maybe throw in the dark post wrinkle, see if that helps further.

There are never guarantees, but aiming at a penny-per-click rate is a sweet target and you are bound to get a lot closer using this hack.