In a World Where Content is King, Data is the Throne 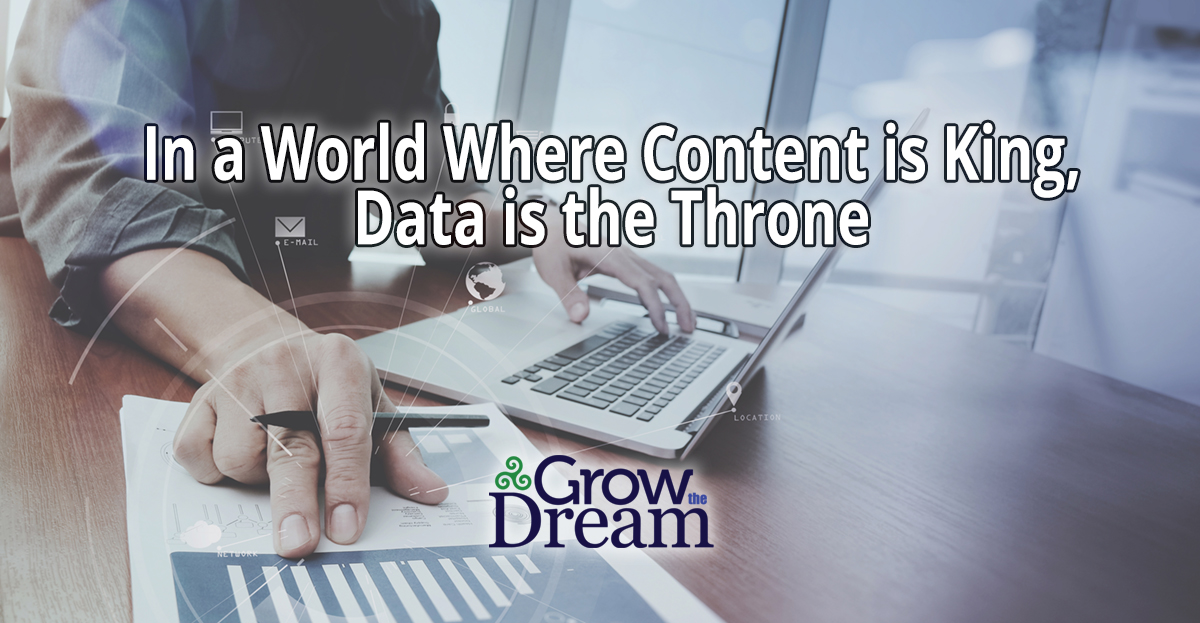 You may have heard the news recently that Disney will release the latest Pixar film, Soul, to their streaming platform around Christmas time. Unlike Mulan, this one won’t require Disney+ members to pay an additional fee. It’ll just show up in their available feed, like The Haunting of Bly House on Netflix, and Utopia on Amazon Prime earlier this month.

Soul is the latest, presumably hit, film to switch from silver screen to any screen release. Meanwhile, in the wake of Christopher Nolan’s Tenet barely keeping its head above water, film release schedules have been seismically shifted again as theater chains close.

Soul, along with Mulan, was expected to be one of Disney’s bigger films this year. It takes around 24-48 months to make each Pixar film, so it seems there would be little harm in delaying it further. So why are they dropping it under our virtual Christmas trees? They are still a business – and a business struggling now that the majority of their profits have come from shuttered theme parks.

Okay, not struggling like small businesses are struggling. After all, Disney+ has more than 60-million subscribers and is still growing. Which is still less than the 180+ million subscribers on Netflix. Recently, Netflix made headlines as more of their shows were cancelled. But if you separate the emotion of your favorite show going away, as someone who teaches strategic marketing I have to respect Netflix’s decision. And I get Disney’s decision too.

All About The Numbers

For years here at Grow the Dream, we’ve taught that to effectively leverage your marketing efforts, you have to understand ROI. You don’t just throw everything at the wall and see what sticks – you set up concrete, measurable signposts…a way to see and interpret the results of your marketing efforts on a real time basis. Not dependent on sales conversions – although that can be one of your indicators. Just not the only one.

For the first third of my career, I worked primarily in Broadcast Television, where everything was dependent on ratings. And it was brutal. You want to know why Maury still exists, why there are so many Judge shows and talk shows? Why you see hours of news in small markets that could barely come up with enough stories to fill the 6 and 11 o’clock news slots? Not to mention extra digital channels. So everyone’s running CoziTV or METV with classic reruns like USA and TNT used to do back in the day.

The simple answer is – we don’t know what people are watching, or why or how much. There are no measurable statistics, other than the Nielsen ratings which are historically completely inaccurate. And this is still largely the sales model for broadcast television.

This is precisely why Netflix and Disney and Amazon Prime are such leaders in the entertainment industry now. Even before the COVID-19 lockdowns, those platforms had access to thousands of points of data. Nielsen extrapolates from a small sample (50,000 families) of random auditors, and judges in 15 minute increments. Netflix can tell how many SECONDS of a show you watch.

How many seconds 180-million+ people are watching.

Those moments right before the commercial, where something terrible happens to get you to rush to the bathroom and come right back? In the business, we call those “Act Outs,” and it’s the best way we know to keep you watching and returning.

NBC used to start and end Seinfeld on odd times, to overlap the 15 minute Nielsen windows. The reason credits started zooming by, while a teaser or first moments of the next show started? – to keep you on that channel.

Netflix can tell the moment you tune out. Yes, they do the credits thing too, but they have hard data backing it up. They know what parts of a show, an episode, a scene impact. They also know how much “buzz” a show is generating, and how many new viewers and new subscribers each piece of content is bringing in.

That’s why shows like Stranger Things and 13 Reasons Why go for 4 or 6 seasons, while shows like Daybreak and The OA get the ax after a few episodes. It’s not personal – even more than ever it’s reliant on how many people are watching.

Is your business working like Netflix? Or are you still stuck using the system built fifty or sixty years ago to judge the success of your marketing? The crazy thing is, the broadcast networks don’t have to stay in the past either. That’s why we have so many new Star Trek shows, after they disappeared for almost 15 years. CBS can see how many people are actually watching and don’t have to rely on deciding whether negative word of mouth is true or not.

The good news is you don’t have to rely on outdated information or systems to move your business forward. In fact, especially during this pandemic, sticking to the old ways is an almost surefire means of destruction.

The strategic marketing we teach here at Grow the Dream can not only give you a leg up on the competition, it can catapult you to new levels of growth, even as stay at home orders get longer. And these timeless principles work every time. So when we get to the other side, whatever the “new normal” eventually becomes, your business will still be thriving and gaining momentum.

We’re happy to sit down with you one on one and go hands on with you and your team on the essentials of strategic marketing. You can scroll back through the past few months of blog posts, where I go into the Key Performance Indicators (KPI’s) you’ll want to track. And every Wednesday, join us for #StrategyStream. We literally take a page from Netflix’s book to teach you how to market for success.

And if this has been helpful to you, drop us a line, or throw a comment at the bottom. We’d love to know what else you’d like to learn and how we can serve you as a small business owner or entrepreneur better.