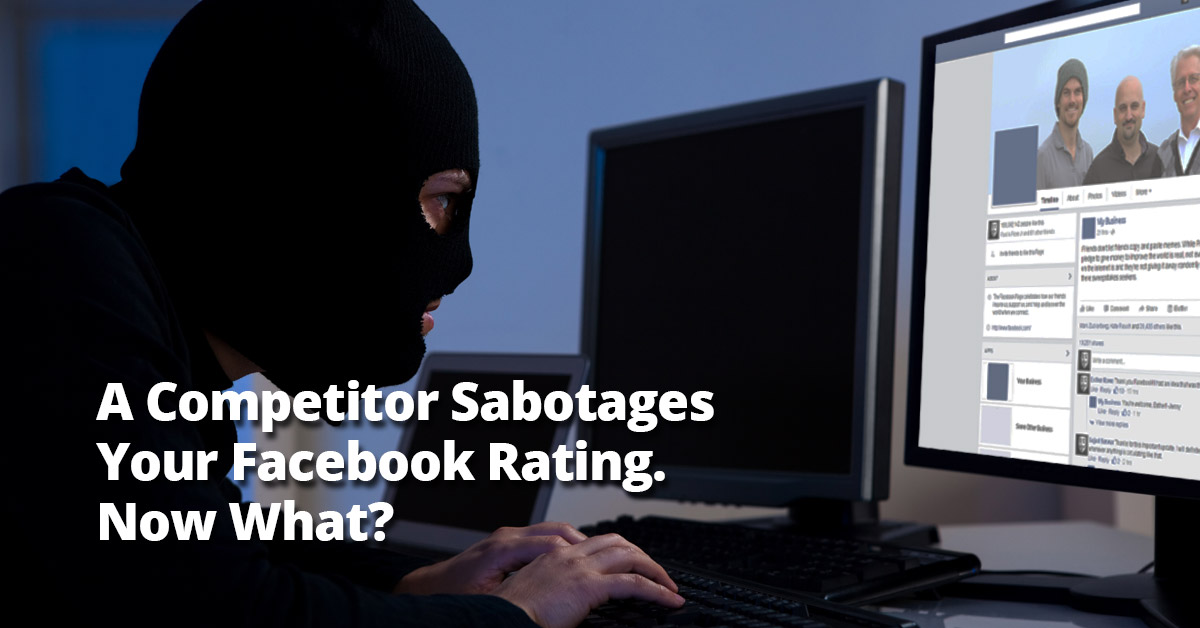 We live in an age where $5 can wreak carnage on a reputation.

A Boston jewelry store in business for 135 years had built a stellar reputation in the community, and it translated into a five-star rating on many websites, but most importantly maybe their Facebook page.

Their rating of 4.8 stars was built by urging happy customers to leave reviews. So, good for them. But overnight, a rash of about 100 one-star reviews, with no comments, showed up and their rating plummeted to 2.3 stars.

A little digging confirmed their suspicions. All of the reviews came from accounts that only did reviews. And all the accounts liked the same pages and disliked the same pages. It was Facebook fraud. And those Facebook accounts all gave five stars and no comments to a competitor of the store. The jewelry store dug and traced one of the account’s fake Facebook profile pictures to a Fiverr account — a site where you can purchase services for $5.

The jewelers went straight to Facebook with the open, bald-face fraud and laid out the case and Facebook did…nothing. We recently discussed this point, among others, on the Grow the Dream Show. We can’t say why for sure, but the reality is that Facebook can financially benefit from this sort of thing. We are not saying that it institutes it, but it is in its bottom-line interest to look the other way and respond very slowly.

Why? Most businesses are going to counter such an attack by promoting their posts and buying ads. From Facebook.

So the jewelry store responded themselves. Ethically. They put out a post and explained the situation and asked loyal customers to leave a positive review. They hoped for the best, but knew Facebook was not going to provide much organic reach.

However, the jeweler struck social media gold and the post went viral. The jeweler’s customers stepped up with enough positive reviews to push their rating to 4.1. And these customers were all leaving comments, unlike the blank one-star reviews.

But wait. Alas, there’s more. Their competitor shelled out another $5. The jeweler was hit again with a raft of fake reviews knocking their rating down again, although not as far. They couldn’t stop the attacks.

Facebook finally agreed to look at the fake profiles and took most of them down. That removed the ratings and in the end, the jeweler ended up with a stellar 4.9-star rating because they kept all the organic good reviews.

But also some tough lessons.