5 Tips to Make Gamification Work For You 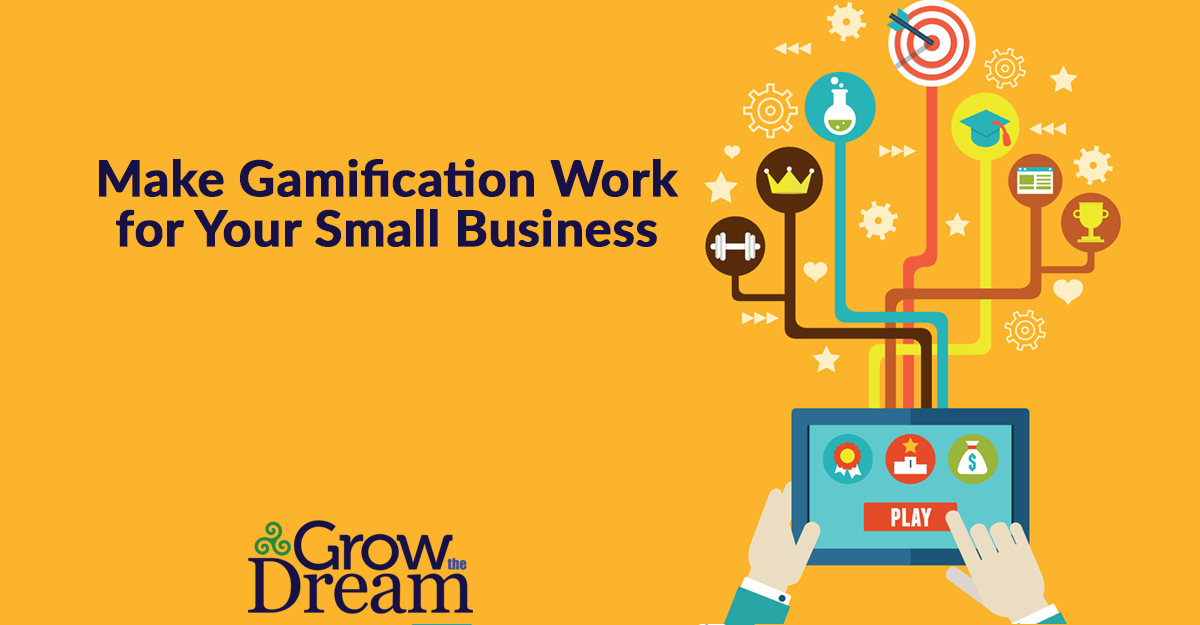 In September of 2015, Doritos announced that their immensely popular “Crash the Superbowl” contest would end. The last two winning spots would air during Super Bowl 50. In the first year of the contest, 2006, one ad was ranked in the Top 5 of ALL Super Bowl commercials that year, and for 10 years, the crowd-sourced contest campaign would go on to accept more than 32,000 submissions. (I was even in one!)

In fact, from 2010 to 2015, Doritos was ranked as the most effective Super Bowl advertised brand, ahead of Budweiser, Coca-Cola, and Doritos’ own parent company Pepsi. The contest was so effective, Doritos even purchased some non-winning spots to run outside the Super Bowl, and they transitioned the once-a-year contest titled Legion of the Bold into a year-round creative push from consumers across several platforms .

When the idea was first pitched to Frito Lay executives, it was seen as risky and dangerous. But for the advertising junior executive who proposed it, he had a vision of doing something bigger and different and changing the world – with a concept called Gamification.

Though you may be unfamiliar with the term, the idea behind Gamification isn’t really all that new.

It isn’t Dungeons and Dragons, and, unlike the Cup of Noodles fiasco in Final Fantasy XV, it isn’t product placement either.

Gamification is the application of typical elements of game playing (e.g., point scoring, competition with others, rules of play) to other areas of activity. While these days it’s typically used as an online marketing technique to encourage engagement with a product or service, the concept itself is older than you think.

Though it’s far less popular these days, the original form of gamification started in 1887, by one of the top product marketers ever – Coca-Cola. Shortly after inventor John Pemberton convinced pharmacies in his local Atlanta market to stock his revolutionary carbonated headache-cure-turned-energy drink, one of his business partners, Asa Candler, came up with a daring plan.

Coca-Cola distribution trucks would offer the pharmacy two extra gallons of the syrup in exchange for the names and addresses of their customers who lived nearby. Of course, back then the neighbors were just about all of their customers. Then Coke would mail those customers a business sized card which could be exchanged at their local pharmacy for a free glass of Coca Cola.

And an addiction was born.

Strange as it may seem, it took 20 years for another company to come up with its take on this – Post started handing out coupons for a penny off its Grape Nuts cereal in 1909. At the time, the cereal cost about 10-cents a box, so that was a decent discount!

Those of us with a riper vintage may recall collecting S&H Green Stamps and trading them for a variety of rewards, from dishes and toasters to vacations. Then there are the back page comic book ads: collecting special Proof of Purchases for rebates, an exclusive Boba Fett figure, or a Duncan toy rocket ship.

Albertson’s-Safeway recently wrapped up their Monopoly game, a now-rarer but obvious form of gamification popular in the 80’s which helped drive sales by collecting game pieces, assembling them on a fold out board and using the completed sections for coupons or cash. Even paying off your mortgage with the payment coupons is a form of gamification.

The key to gamification is to engage the customer – or potential customer – with a game or a competition that drives them to give more attention to the product or service you provide by incentivizing that attention.

Today, you’re more likely to see digitally-oriented gamification -not first person shooters, but digital reward cards good for discounts, or collecting grocery points to save on gas. Even Starbucks transitioned to a points system for their Gold Cards. McDonald’s drives for a more localized approach by offering specific free foods when the local baseball team gains some achievement. And by the way, what are all those extra pieces of plastic hanging off your key chain?

Thanks to social media, it’s easier than ever to engage and use gamification for even the smallest business. Facebook and Twitter have added new buttons and activities on your profile to share stories, create events and run contests.

So here are 5 Ways that you can quickly and easily implement gamification to drive your customer engagement:

Use your social media page(s) or your website to collect stories of your customers enjoying your product or service. Personal testimonies have always been the most trusted marketing tool, and are rapidly becoming the sole trusted source for business recommendations. Use that.

You can also use programs that harvest the reviews and comments from places like Yelp and Angie’s List.  Encouraging your customers to come to your site has multiple benefits such as more engagement for them and prospective new customers, more familiarity with your website and the other products and services you may offer besides the ones they already know and use. It also keeps your site foremost in their minds when they are recommending it to a friend, and it brings more traffic to your site, all of which helps to boost your Google ranking.

Consider taking this engagement to the next level by holding a contest for the best story or best use of your product, just like Doritos did.

If you’ve gone through our programs here at Grow The Dream, you’ve determined who’s your best customer and what you’re really selling them. But what about taking it one step further – using your customers and their feedback to figure out your next step, or what features to add, improve, or never remove from your product or service?

GE and Allstate led the way in asking their customers to help them solve complex business issues. Lays used consumers to find their next favorite potato chip flavor – first asking for suggestions, then asking for votes on those suggestions, then convincing people to happily pay to try even the mediocre new flavors – and  then vote AGAIN. One idea turned into a 5-year long practically hands-off marketing campaign.

For a small business, this can be accomplished as easily as posting a poll. For a really detailed look at it, check out this report from Deloitte.

So you’ve built a customer base by offering a laser-focused Lead Magnet to people the first time they visit your site in exchange for their name and email. But what have you done for them lately? Most small businesses at least send out an email newsletter to keep their brand in their customer’s or prospective customer’s minds, and sometimes the newsletter offers has a discount as well.

You’ve also done a pretty good job getting your existing customers to leave positive feedback on various review sites.  But how about encouraging your customers to find new customers? You’ve already done the hard part creating the Lead Magnet – encourage your existing email list to tell other people about the report, with a twist.

Offer a second, more extensive Lead Magnet or even a discount, to existing newsletter subscribers when they bring in new subscribers. Show them the value-updated report, tell them there’s an even better report they can use, BUT only if someone lists their name as the source of a referral. Then take it one step further and offer a significant discount to the person who generates the MOST new referrals over a certain time frame.

Sure there are ways to, er, “game”, this system, but most of your clients won’t have or take the time to do that, especially if they see value in your product or service. You could even start a secondary email list that just includes the referrers and share a leaderboard as well as tips on how to share what you really sell to the people they’re trying to refer.

Just because we live in the digital age doesn’t mean everything has to be digital (see the Albertson’s example above). Especially for local businesses, trying something old fashioned, like a themed scavenger hunt, a holiday related discount or special (think green beer), or a stampable passport.

A friend of mine who runs a small publishing house used this at San Diego Comic Con to generate camaraderie between independent comic book publishers and bring customers to their smaller tables (as opposed to the giant Marvel, DC and TV show displays): Each publisher provided a stamp on the passport and often a small souvenir for stopping by and listening to a brief sales pitch. It helped the companies of course, but also gave the customer a goal and a path to finding quality material in the glut of thousands of tables. And the completed passport could be brought back to the original location for a surprise bonus. (By the way, no one’s saying you can’t use your digital means to advertise these special events – go for it!)

Yes, we know this is the most expensive and hardest to implement suggestion on the list. That’s why I listed it at the end (gamification theory in action). The fact is, more companies are finding mobile apps as the way to positively and consistently connect with their customers. Hopefully you’ve already taken our advice and have made your business website “responsive” to mobile devices. But consider taking it one step further.

Kroger and Target, for example, show you the current ad, allow you to add to your shopping list, use digital coupons, track rewards points, and how much you’ve saved since using their apps. Just like rewards cards, an online app offers scads of data about your clients that they voluntarily give you. And on a digital platform it’s much easier to track. So, yes, put this one at the bottom of your list, or on your wishlist, but don’t neglect it.

As with all of our marketing suggestions, you should have a plan in place to evaluate the effectiveness of any marketing attempts you make. It could be a unique coupon code, only publicizing in ValuPak, solely in store – something that allows you to see real numbers, and adjust if there’s no progress.

Now I’m curious. Who’s going to have the first comment, and who will have the most helpful one. Let’s see…